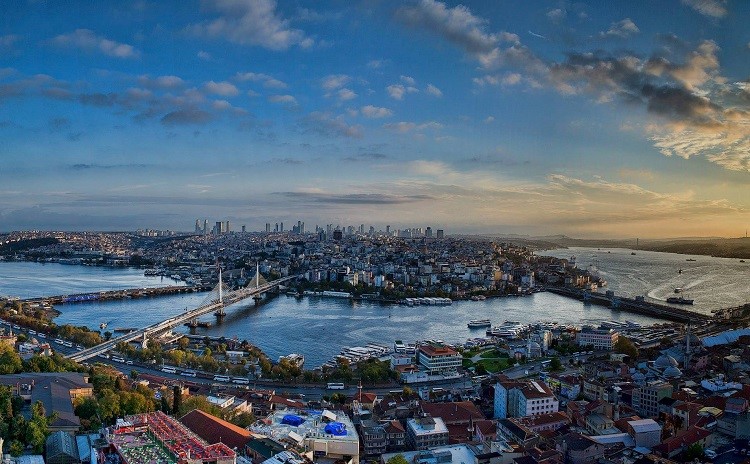 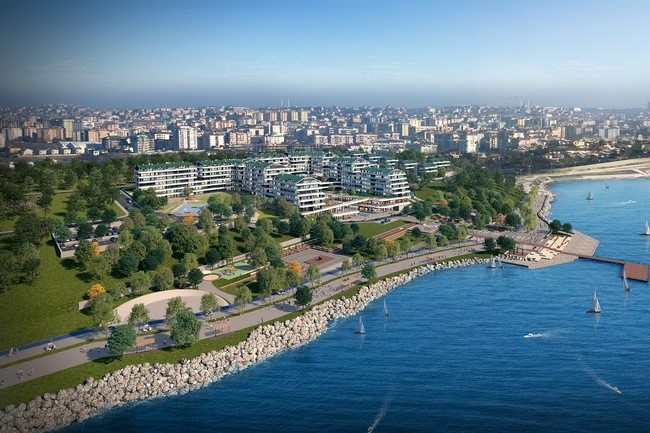 Why Investors Are Buying into the Istanbul Real Estate Market

The Istanbul real estate market is undoubtedly Turkey’s star performer when it comes to attracting investors from all corners of the globe. Historically, it has always been the number one destination in the country for domestic property sales, and in 2015, it overtook the Mediterranean region of Antalya as the most popular destination for foreign property buyers in Turkey.
Last year, it hit a record high with 8,182 properties sold to foreigners of various nationalities and 238,383 domestic sales. But what exactly is luring domestic and foreign buyers to invest in Istanbul real estate and more importantly, will this trend last? We think so.
Why Investors Are Buying into the Istanbul Real Estate Market

Even though Istanbul has always been one of the major cities of the world, both historically and in modern times, it is still an infant of the globe’s real estate market. Neglected for many years because of a dismal economy, lack of financing and credit, as well as substandard urban infrastructure, it wasn’t until the turn of the century that the government started to modernise the real estate market of Turkey to bring it inline with other destinations of the world.
The result is that buyers are cashing in while it is still young and overall, property anywhere in Turkey has enormous potential when it comes to capital growth. According to the stat crunching portal Numbeo, prices per square meter in London range from 677% to 862% higher than Istanbul.
Whereas London is already one of the world’s premier cities, the Turkey 2023 vision plan aims to boost Istanbul to equal status, and this gives real estate investors the edge. In 2016, Barnes International also ranked Istanbul as the number one city for potential.

Gone are the days, when we buy a house for life. Changing lifestyle habits as well as work and career commitments means selling a house is just as important as buying it. Studies say current generations will own an average of three different houses in the lifetime, hence buyers are also hedging their bets when it comes to selling and that is where the Istanbul real estate market steps up.
Turkey’s 2023 vision plan aims to increase the capita per household to that of European countries. Combine this with government incentives, as well as a growing population and the buyers’ market is set to grow even more.
The process of buying a house in Turkey even for foreigners is also quicker and easier than that of many other countries, with cheap taxes and reduced costs. Keep the property for five years, and you will be exempt from capital gains tax as well.

One strong reason investing in Istanbul real estate is taking off is the mass of new branded housing projects, particularly occurring on the outskirts of the main city centre. Brand new modern homes with modern architecture are being combined with a range of social and community facilities to redefine the concept of neighbourhoods in what is Turkey’s biggest and most populated city.
Growing neighbourhoods like Kucukcekmece and Beylikduzu offer all the benefits of city life with easy access to shopping, nightlife and transport links. Yet they eliminate all the hustle and bustle by sitting on the outskirts, therefore providing more of a suburban feel than city dwelling.
While the shores of the Bosphorus and areas like Sisli still remain the elite of Istanbul real estate markets, neighbourhoods like Esenyurt and Buyukcekmece with these new branded lifestyle projects are enabling the growing middle class to become real estate investors for less than £100,000 for properties in Istanbul, especially now with the current exchange rate between the Turkish lira and dollar that edges everything to a buyers advantage.

Undoubtedly, a big lure for investors with their eye on the bottom line are the mega projects of Istanbul that when complete are predicted to raise property values even more than they have done already.
The mega project on everyone’s lips at the moment is the new Istanbul third airport that when complete in 2028, will be the world’s transport hub. Investors are also buying up land and houses on the European side where the Istanbul Canal project will take place. Districts like Kucukcekmece are seeing a flurry of interest for value for money apartments for sale in Istanbul, because of the project that will create a mini city within a city.
Many other projects including transport links and bridges are totally changing the face of Istanbul to ease traffic congestion and ultimately aid it, in its quest to become a business, commercial and residential centre of power.

Given Istanbul’s historical past as the capital ruling centre of both the Byzantine and Ottoman empires, its tourism trade goes from strength to strength as mass marketing by the Turkish government is boosting it to one of the top visited destinations in the country.
In fact, in 2014, it beat the likes of other major cities like Rome regarding visitor numbers. The following two years took a dip but rebounded in 2017 and 2018 looks to be its most successful year yet.
Additional, even though it is the number one centre in Turkey for business, economy and finance, the Turkish government is turning into a global powerhouse with branded campaigns like Invest in Turkey. They are not ignoring the potential of their citizens either, with finance credit given to young entrepreneurs and startup companies.
Lastly, is Turkey’s plan for the Istanbul International Financial centre, a mega project that will be the country’s equivalent of Wall Street. Times are changing, and Turkey wants in on the action. Anyone that plans to invest in Istanbul real estate can enjoy the ride.

A Quince tree in Your Garden. Now That Would Make any Real Estate in Istanbul Interesting
A BRIEF GUIDE TO ALANYA
Sign into your account
Create an account